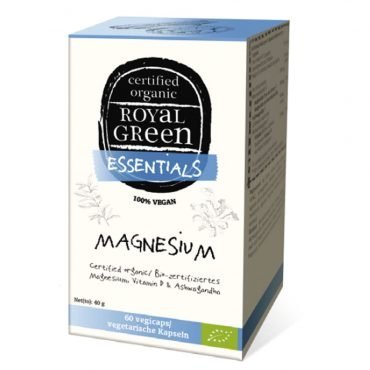 Royal Green Magnesium is the first product in the world to offer Magnesium, Vitamin D and Ashwagandha in certified organic form.

Free On Some Products

Read The Return and Refunds Page

“I am very impressed of the speedy delivery of my product as well as the careful packing of it…there was even a cooler on the package so the product would not be affected by excessive heat. Thank you so much! It is indeed a
small world, as I ordered 26th and my package was at my door 28th!”

Thank you for the honey :) you really are serious service provider! Keep on with the good job, I will promote your products for sure.”

“To NatProd I have received my order 2822 and am very satisfied with your fast and efficient service. Best Regards”

“A thousand thanks to you for a very good service and Last products became very soon arrive. Vivomixx is a great product, wonderful when it gets fast delivery, through you, good price!”

“Hi i already did get my vivomixx. The package was good it was all at the right temperature and about 24 hours after ordering from you i already have received my vivomixx. Even faster than orderring from our country. I will definately order again”

“Got my Vivomixx in less than 24h. Refrigerated in an insulated box. 10/10 would buy again, recommend++”

“The best packaged Vivomixx I ordered so far, very careful and caring for the product. Also the fastest delivery, within 24h. The contact with NatProd was great, they really seem to care for their customers and their products. Will definitely order again!”

“My first order to Natprod. Easy order, fast receiving, perfect refrigerated packaging and save some money. Thank you for all.”

“Hello, I'd like to thank you for a very quick delivery and friendly service. I'm sure I'll go on ordering from you in the future. I placed the order on Thursday and was telephoned on Friday already. The parcel was in my hand onMonday!! THANK YOU!!” Best wishes

“Hello Thank you for Your excellent service,my order (vivomixx) delayed several days because of courier problem, Natprod send me new order without expenses, using another courier company. It came as agreed. Top rate for Your good service,full 5 stars.”

“Hello, I received my order 3416 today at noon. Everything with the package is ok. Thanks again for the quick and professional response to the problem. I will not hesitate to continue to use your services.”

“First class service, committed, competent and despite many questions always friendly and helpful. Goods arrived according to pledge already the next day. Absolutely recommendable.” Thanks again and have a good week

“Hey just wanted thank you for great customer service. The package has been received by my mum so all good 😊”

“Good morning, Thank you for your kind treatment. It´s this type of behavior towards your customers that make us feel special and recognized. Kind regards”

“Hi, I've already ordered twice at Natprod, because they offer  great quality at the best price. My last order did not arrive because the delivery guy did not leave me a notification. I contacted Natprod, the customer service was excellent and prompt and I received my order shortly after. I will definitely continue to order at Natprod. I hope this serves as a testimonial, English is not my mother tongue. best regards”

“Hi and a very big thank to you!Parcel received on this morning. This is one of the best purchase I have made via online shop. Exellent, exellent service! I highly recommend your services! Kind Regards from Finland”

“
Good evening, Thanks for your rapidity, I didn't need to call the package came to day instead of tomorrow. And it's good to hear that the vivomixx can last up to 7 days with out the fridge. I was in panic because I'm leaving tomorrow and vivomixx is important for my health. I really appreciate your professionalism and I'm very confidant in your company. Kind greetings”

“….thank you so much for sending me a new parcel!! This one already arrived yesterday - it only took one single day. I could not believe it…..So now I am on the safe side, the Vivomixx will definitely work. This was the best customer service I have had for a very long time. Thanks again! My best regards K. F.“

Suggested use and characteristics:

• Supports normal muscle function.
• Contributes to the formation of bones and strong teeth. • When having muscle cramps.
• When experiencing insomnia, tinnitus and headaches.
• Contributes to a reduction of tiredness and fatigue.
• Against depression & anxiety

Magnesium: is involved in more than 300 enzymatic processes. Studies have shown that magnesium can be used for: sleep disorders, depression, anxiety, tinnitus, spasms, lethargy, fatigue, insomnia, muscle cramps, stress, headaches and premenstrual syndrome (PMS). Magnesium plays a role in: contraction of your muscles, your heart pumping, production of hormones, regulation of blood pressure, concentration, digestion of food, avoiding depression, energy metabolism, bone formation and transmission of nerve impulses.
Vitamin D2: plays an important role for bones. It improves calcium absorption in the intestine and activates the cells that create bone.
Ashwagandha: one of the most powerful Ayurvedic herbs. Scientific research shows the effect of using it against mental problems like stress, depression and fatigue. In another large clinical trial Ashwagandha demonstrated to reduce the levels of the hormone cortisol by 26%. Subjects report improvements with regard to energy, sleep and well‐being as well as reduced fatigue.

Magnesium deficiency?
The World Health Organization (WHO) indicates that about 20% of the population in Western Europe has a magnesium deficiency. According to researchers in the US, more than 60% of the Americans receive unsufficient magnesium. This while magnesium plays an enormous role in human health. People unfortunately often experience symptoms such as (muscle) cramps, eyelid tremors, spasms, lethargy, fatigue, insomnia, headaches, PMS, nervousness and irritability. All examples that may be caused by a magnesium deficiency. (Costello et al, 1992 [1], Sales et al in 2006 [2].. Rylander, 1996 [3]).

The reason that magnesium deficiency is so common, is because our food unfortunately contains very little magnesium due to soil depletion and artificial fertilization. Moreover, our diet consists of many processed products that usually do not contain the mineral magnesium. The consumption of soft drinks, sugary food and medicine deplete the magnesium in our body. Furthermore, stress also plays a major role in the development of magnesium deficiency. The more stress, the more magnesium is consumed. The lower the magnesium level in the cells, the more sensitive you are to stress.

A low level, or a deficiency of magnesium in the muscles can lead to cramps. If you lose a lot of fluid and salt through excessive sweating, you can get cramps. Stress may play a major role with cramps during the night. This is why we add vitamin D2 and Ashwagandha to Royal Green Magnesium. These ingredients both have a positive influence against stress.

One of the functions of magnesium in the body is to ensure that the body does not release too much calcium. Calcium is, among other things, responsible for small blood vessels to narrow. Poor blood flow to the hair cells could cause tinnitus because the cells do not receive sufficient oxygen and nutrients. A magnesium deficiency can therefore have an effect on tinnitus and may be the cause of hypersensitivity to noise. People in large cities are exposed daily to a large number of loud noises. Research shows that exposure to noise causes a magnesium deficiency in the body [1].
Magnesium protects the nerves in the inner ear and is a glutamate antagonist. Glutamate plays a role in the onset of tinnitus. Glutamate is a neurotransmitter and acts excitatory to the nerve cells in the brains. Research has shown that magnesium has a significant protective effect on the inner ear in the onset of tinnitus and hearing loss as a result of the exposure to noise [3].

Depression:
Several studies have shown that there is a clear link between magnesium deficiency and depression. For example, one knows that people who suffer from depression usually have much lower magnesium levels in their bodies than people who are not depressed (Levine et al., 1999 [4]). It has also been shown that if extra magnesium is administered via the blood, the amount of depression symptoms is significantly reduced.

Anxiety:
Magnesium is known to counteract palpitations and relaxes muscles and blood vessels, resulting in an anti‐ anxiety effect. Researchers have also shown that there is a strong connection between anxiety and a magnesium deficiency. Large research has shown that the more magnesium you ingest through food, the less you will suffer from anxiety symptoms (Hanus et al., 2003 [5]).

Doctors are prescribing magnesium since 1930 for heart disease. Patients receiving magnesium after a heart attack have a better chance of survival. In the second Leicester Intravenous Magnesium Intervention Trial (LIMIT‐ 2), a protocol was developed to administer magnesium as soon as possible after the occurrence of a heart attack, before administering other medications. This resulted in that damage to the heart muscle was strongly reduced and that the death rate dropped by 21% [7]. The activity of magnesium in heart attacks is based on the following actions of this mineral: magnesium dilates blood vessels, prevents spasm in the blood vessels and heart muscle, helps to reduce blood clots, prevents cardiac arrhythmias and reduces the damage to the heart muscle and the formation of free radicals.

Magnesium is an important mineral for proper and uninterrupted sleep. Research shows that a magnesium deficiency causes changes in the electrical activity of the brains. This results in a sleep that is restless and interrupted.
Melvyn R. Werbach writes in an article in the Townsend Letter for Doctors and Patients’ [8] that insomnia is one of the symptoms of magnesium deficiency, that has an effect on the central nervous system. [8] Other sleep disorders, such as night terrors, talking and uncontrolled movements in sleep, restless legs, may be related to a magnesium deficiency [9, 10].

There are no reviews yet.

Only logged in customers who have purchased this product may leave a review.

This website uses cookies to improve your experience while you navigate through the website. Out of these, the cookies that are categorized as necessary are stored on your browser as they are essential for the working of basic functionalities of the website. We also use third-party cookies that help us analyze and understand how you use this website. These cookies will be stored in your browser only with your consent. You also have the option to opt-out of these cookies. But opting out of some of these cookies may affect your browsing experience.
Necessary Always Enabled
Necessary cookies are absolutely essential for the website to function properly. This category only includes cookies that ensures basic functionalities and security features of the website. These cookies do not store any personal information.
Non-necessary
Any cookies that may not be particularly necessary for the website to function and is used specifically to collect user personal data via analytics, ads, other embedded contents are termed as non-necessary cookies. It is mandatory to procure user consent prior to running these cookies on your website.
SAVE & ACCEPT